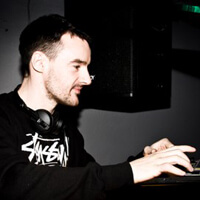 Hailing from Glasgow Scotland, Domsko has several residencies in top clubs in his home city and has also been booked to play all over the globe. His tracks have been championed by top names in a variety of fields such as: Eats Everything, Mosca, John Digweed, Laurent Garnier, Waze & Odyssey, Audiojack, Hijack, Heather, Waifs and Strays, Giom, Gramophonedzie, Milton Jackson, Hiro, Sneak, Derrick Carter, Mark Farina, Johnny Fiasco, Round Table Knights, Judge Jules, MotorCitySoul....... - the list goes on.

You can hear his tracks and remixes on labels such as Lost My Dog, Glasgow Underground, Tronicsole, JackUnion, PottyMouth, Guesthouse, Soulfuric and many more.

When he's not DJing, Dom is grafting in his studio working on new beats.