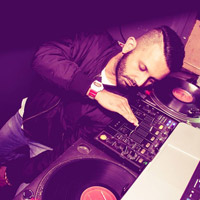 "It's all about rocking the party" is how Dj Kash describes his role when behind the decks.

Filling some of the main residencies in Glasgow, Kash has also been a regular dj at major events such as the MTV Europe Awards, London Fashion Week, Mobo Awards, T in The Park, Scottish Style Awards, as well as being on the decks at official after parties for the likes of Drake, Pink, Kanye West, Oasis, Snoop Dogg, Stella McCartney, Dizzee Rascal & Pharrell Williams.

A regular on the music scene as both a punter and a DJ, Kash believes this gives him the best understanding of what people want by "staying in the midst of the action"